The Beginning of the EMI Field 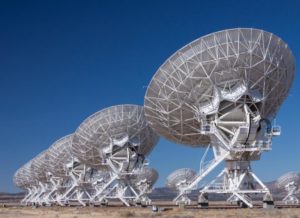 The Electromagnetic Interference (EMI) field gained formal recognition quietly in 1933 under a sub-committee of the IEC (International Electrotechnical Commission) in Paris under the name of CISPR (International Special Committee on Radio Interference) as an attempt to better understand the long-term complications that could arise from radio frequency technology. From its founding in 1820 by Morse, Henry, and Vail, radio’s popularity had exploded, becoming a must have household appliance during the Depression, but intentional and unintentional RF transmissions began affecting other electrical systems and as such, awareness of EMI began to grow within the electronics community. In 1934 CISPR began creating and distributing requirements regarding the recommended allowable emissions and immunity limits for electronic devices, which have evolved into much of the world’s EMC regulations.

Throughout the 1960s, 1970s and 1980s, researchers became increasingly alarmed about interference from electromagnetic emissions.  In 1967, the US military issued Mil Standard 461A which established testing and verification requirements for electronic devices being used in Military applications as well as emissions and susceptibility limits for new Military electronic equipment. Additionally, in 1979, legal limits were imposed on electromagnetic emissions from for all digital equipment by the FCC in the USA.  These regulations have continued to evolve over the years as systems have become faster, smaller, and more powerful and as such, having have a greater propensity to interfere with the operations of other electrical systems.

This was accomplished by creating multiple professional certification levels (including Military Standard, as referred to below) to insure electrical systems compatibility with regards to radiated and conducted emissions and susceptibility. Introductions of these standards allowed professionals to easily identify electrical systems which could be integrated into their own assemblies without fear of EMI issues. Today, due to stricter regulations integrated into the ever expanding field of electronics, all equipment, especially sensitive reconnaissance, medical, and avionics equipment, are much safer from the risk of catastrophic failure due to “noisy” EMI.

EMC regulations, while extremely helpful in streamlining the creative process and general design safety, do not automatically fix systems created without the forethought of extraneous radio frequency fluctuations. Many systems invented today are still at the mercy of EMI, due to either creating or receiving interference in any number of ways that can cause failure. These problems are normally solved through a combination of shielding systems from electromagnetic fluctuations and the usage of filtering to reduce unwanted and potentially harmful energy (EMI).

Approaching EMI noise issues is more akin to a Doctor approaching a patient than most forms of remedial engineering solution testing. The initial steps are associated with collecting information or obvious “symptoms” of the problem. During the assessment phase, you might consider taking a Spectrum Analyzer with a near field probe and “sniff” around the outside and insides of the system to help you understand where the noise is coming from, comparable to the Doctor taking X-rays of the injury. Once a good assessment or “diagnosis” of the problem is made, then we can start “treating” the problem with the application of simple “remedies” and work our way up to the more complex and more expensive solutions or “cure”.

For more information, please contact us or learn more About EMI Solutions.